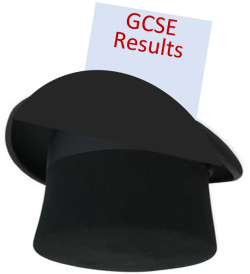 An opinion piece in yesterday's Guardian newspaper reminds us of the stress and heartache that young people, their parents and their teachers will face when this year's GCSE and A-level results are, once again, pulled out of a magical hat following an opaque process of so-called 'teacher assessment'.

So it is quite understandable that there may be huge sighs of relief from young people, parents and teachers if and when it becomes possible to revert to 'normal' GCSEs and A-levels, rather than the present pandemic arrangements, which are widely seen as unfair.

But it would be quite wrong to think that the normal exam processes for 16- and 18-year olds are in any way fair. Our system of GCSEs and A-levels is demonstrably unfair, unscientific, and unfit for purpose – and it causes a huge amount of stress and mental ill-health for young people.

To appreciate this just consider two imaginary 16-year-olds. Student X is awarded a grade 9 (the highest possible grade) in their GCSE maths exam and Student Y is awarded a grade 5 (equivalent to something between a C and a B on the old system). What might this difference in grades tell us:

Or perhaps the two students are equally good at maths, but X had worked harder than Y in preparing for the exam;

Or perhaps X had a more efficient and experienced teacher than Y;

Or maybe X had parents who were willing and able to pay for private tutoring and Y did not;

Or maybe Y was suffering from a bad episode of hay fever on the day of the exam and X was not.

The difference in grades could be a result of any of the above factors or a combination of them. So in reality the results tell us precisely nothing about the mathematical capability of X and Y, particularly as the pass mark for the exam is so low that you can get more than half the question wrong and still pass! A key aspect of science is that we need to control variables if we are to draw any meaningful conclusions from our data, but I have just shown that a host of uncontrolled variables that can affect exam results; so they are scientifically unreliable and invalid.

And it's even worse than this, because we know that much of the material that a young person will have to learn in order to jump through the GCSE maths hoop will never, ever, ever be of use again to them after they leave the exam room – what a waste of human effort!

So rather than return to 'normal' GCSEs and A-levels, we need to use the pandemic as an opportunity to ditch these outmoded ways of assessing capability and to implement alternative methods of recording and reporting what young people have learnt and what they are capable of doing. The good news is that these alternative methods of assessing capability and achievement already exist – but they are little used within schools.

In a future blog post I will explain what these alternatives are.

This is only a preview. Your comment has not yet been posted.

The letters and numbers you entered did not match the image. Please try again.

As a final step before posting your comment, enter the letters and numbers you see in the image below. This prevents automated programs from posting comments.

Having trouble reading this image? View an alternate.

Comments are moderated, and will not appear until the author has approved them.

(Name and email address are required. Email address will not be displayed with the comment.)

What this blog is about

This blog takes it's name from a phrase used by former Conservative minister Nick Boles in an article in the Times Newspaper. He referred to the present education system as "a ramshackle hodgepodge combining the ideological projects of successive education ministers (like me) with institutions designed to do a different job in a different age..."

This article by Nick Boles is just one example of a growing consensus among educators and politicians of all sides that the present education system in the UK is no longer fit for purpose. It needs radical change - and in this blog I aim to explore how we can bring about such change, how we can create an education system that equips young people to thrive in the 21st century.

The analysis and proposals in this blog will be based on four principles:

1. Developments in information technology, in particular the Internet and artificial intelligence, have fundamentally changed the relationship between human beings and knowledge.

2 Our education system must change significantly to take account of the implications of these developments in IT and their impact on society and the economy.

3. There is growing evidence of the damage that the present "ramshackle" system is doing to the mental health of many young people. We can only fix this with a fundamental rethink.

4. It is not sufficient just to rethink the curriculum. We must also examine our out-of-date institutional assumptions about education. We will only succeed in transforming learning if we look for new ways to use space, time and people.

Subscribe to this blog's feed
Blog powered by Typepad